Not far removed from the farm, employees here boast not only about technical skills but a work ethic that rivals any in the nation. 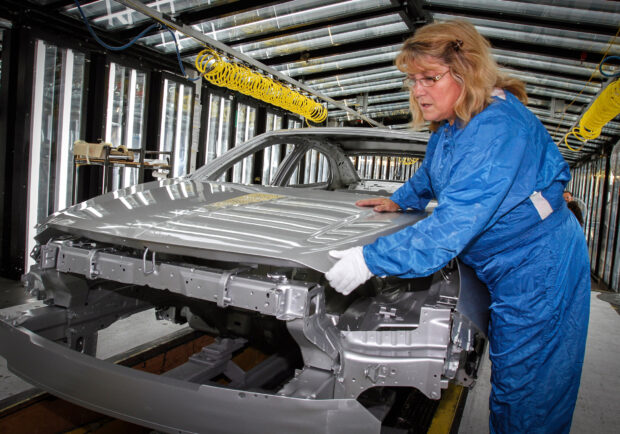 The quality of the state’s workforce may be the best-kept secret in Kansas.

From the highly educated population of Johnson County to the “knowledge corridor” of I-70 through Lawrence and Manhattan to the skilled aviation workers in Wichita, the state of Kansas is teeming with experienced workers who bring a farmhand’s work ethic to the job.

In the Kansas City suburbs, Johnson County is a good starting point. More than half of the residents there who are 25 and older have at least a bachelor’s degree—almost double the state average of 31.5 percent.

Nearly 21 percent have a masters’ or professional degree, while slightly more than 96 percent have a high school diploma. Of counties in the United States with populations above 250,000, Johnson County at one point ranked first in percent of adults with at least a high school education, sixth in percent with at least a bachelor’s degree, and 16th in percent with a graduate or professional degree.

Sedgwick County is home to the state’s largest city, Wichita, where a strong manufacturing sector has adjusted to the long-term contraction of the general-aviation sector. Still, the attributes of the workforce there combine to generate a median household income of $52,620. That figure is below the national average of $67,251, but because of the area’s outstanding metrics in cost of living, those workers enjoy a standard of living nearly 10 percent higher than their peers nationwide.

Wyandotte County in the Kansas City area is generally considered to be a manufacturing juggernaut in the greater Kansas City region—that sector accounts for 8.8 percent of jobs. Sedgwick County, by comparison, weighs in at an eye-popping 22.9 percent, staking its claim to the nation’s highest ratio of manufacturing jobs to overall employment. Its reputation for a skilled labor force is one reason why.

Nearly 90 percent of the working-age population has earned a high school diploma, no small achievement in a community dominated by a 50,600-student urban school district in the county’s largest city. But, 30 percent of working-age residents hold bachelor’s degrees or higher, as well, giving the county a competitive edge relative to many other communities of equal size.

And, in the face of repeated, even recent, downturns in general aviation, the machine shops and supporting industries have broadened their skills sets, retrained, and rearmed for competition. Today, blade fabrication for monster wind turbines, production of composites used in applications far beyond aviation, and medical technology advances are all contributing to long-term job growth in Sedgwick County.

Topeka is a regional employment center that draws workers from a wide radius. Each day more than 17,000 people commute from outside areas to jobs there. The five-county Topeka Metropolitan Statistical Area is efficiently connected by the area’s road network and boasts a total population of nearly 239,000.

The quality of this workforce equals its quantity, both within and outside of the immediate area. A major factor is the traditional “Midwestern” work ethic. Each year, the region receives high marks from local businesses, which in many cases, have chosen locations here because of the demonstrated productivity and performance advantages of the workforce. This is a good environment for businesses seeking workers, one explanation for the several corporate headquarters and consolidated facilities here.

But even outside the major metropolitan areas, educated workers are in ample supply. This is due not only to strong academic programming at the six universities that make up the Board of Regents system, but to a solid network of 19 community colleges that also answer to the regents. Most of those institutions work hand-in-hand with the local business communities to develop programming that will help keep workers skilled in areas of specialization that may be unique to those local communities.

With the hospitality sector and related businesses mired in a slow comeback from the global pandemic that began in 2020, it’s easy to overlook just how healthy the Kansas economy is two years later, especially from the perspective of the employee.

In January 2020, a month before “COVID-19” was a fixture in the American lexicon, the jobless rate in Kansas was 3.5 percent—right at the edge of what economists call “technical full employment.” Then came the rounds of layoffs and furloughs amid a nationwide business contraction.

By January 2022? That jobless rate in Kansas was even lower than two years earlier—2.8 percent. Great news for job hoppers, but a challenge for employers.