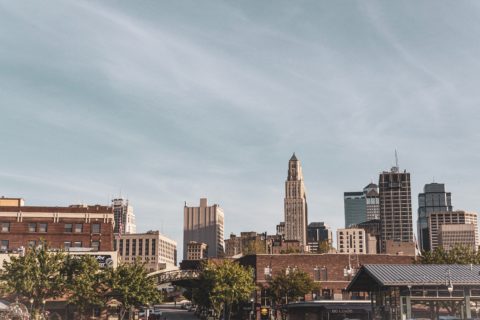 Plans for a 13-story apartment complex near City Market have been given the green light by a Port KC committee. Developer Flaherty & Collins Properties hopes to break ground in Fall 2022, pending approval from the full board and Kansas City Council.

The $75 million project proposed for what’s now a city-owned parking lot would occupy a  one-acre site and include a 260-space garage that’s significantly smaller than the 400-space structure originally proposed.

“Given its proximity to the streetcar and the density of that area, it’s a different direction than what we’ve seen in lot of development in town,” said City Manager Brian Platt. “This will be the beginning of a new level of high density development in the River Market and downtown. Hopefully we’ll be moving more toward this type of a deal in the future.”

The Port KC development committee supported the plan in a 5-1 vote. It still must be approved by the full Port KC board. As per the Kansas City Affordable Housing Ordinance passed in 2021, the project would set aside 20 percent of its units as affordable, 15 percent for households earning less than 70 percent of the metropolitan median family income (MFI) and 5 percent at less than 50 percent MFI.

To help finance the project, Flaherty & Collins Properties is seeking a 25-year property tax abatement that would start at 85 percent for the first five years and drop by increments to 25 percent the last five years. It’s also seeking a sales tax break on construction materials.