For natives and newcomers, this really is home. 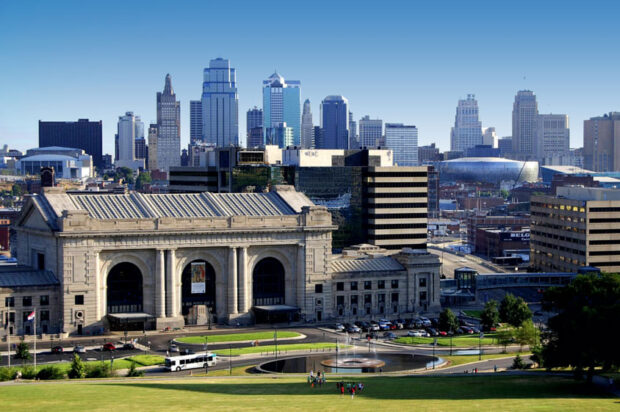 When you publish a business magazine in Kansas City, you interview business executives. Lots of business executives. Many will be home-grown talents rooted here for life. Many others will have had a taste of life in other major metro areas, realizing only upon their return what they’d really been missing.

Then there are the relative newcomers. And the amazing thing about talking with those who’ve come here from outside the market isn’t their noteworthy level of contributions to business, philanthropy or civic life. The really amazing thing is that almost to a man or woman, they say the exact same thing about Kansas City: “I never really knew what a great city this was until I moved here.”

Lots of factors come together to make it a great place to work, play, live and raise a family. Mountains are not among those factors. Nor are miles of unspoiled beaches. The allure of Kansas City is part character, part climate, part centrality, part affordability, part opportunity. It finds strength in a vibrant arts community and world-class venues for them. In first-rate health-care services. In terrific public and private schools and universities. And in a shared entrepreneurial spirit that many of us can trace back four or five generations, to the time when people arriving here came with an unbridled sense of optimism tinged with just a slight apprehension over the unknown.

Even today, a sense of opportunity pervades the area. Among the many reasons for that is a global economy that puts a premium on logistics. We are, after all, sitting in the middle of the biggest, wealthiest consumer market on the planet, more than 310 million potential customers strong.

Another factor is an emerging life-sciences sector that hints of new possibilities in both human health and animal health—new industries, even—and what they can contribute. And a thriving technology sector that has given rise to the moniker Silicon Prairie, along small start-ups seeking to leverage our status as the first Google Fiber city.

One other asset has been passed to us from previous generations: The famed Midwestern work ethic and values you see every day in the people who live and work here. Employers with operations nationwide are well-acquainted with the productivity bonus that’s part of our work-force DNA.

And our cultural and entertainment amenities have expanded, as well. We now take a back seat to no community in the nation with the appeal of the Kauffman Center for the Performing Arts. That glittering facility joined a respectable list of improvements that have brought new life to Downtown Kansas City—an entertainment district covering nine square blocks, a new sports arena/concert venue, and, at a more organic level, boutique galleries and venues for music and theater, retail shops and restaurants.

Residents have returned to the core; from a base of fewer than 5,000 just a little more than a decade ago, Downtown Kansas City has swelled its population to nearly 20,000, with a longer-term target of 40,000, the level that urban planners say is required to sustain a vibrant Downtown community.

At the same time, there’s work being done to fill the office spaces during the workday, just as we’re filling barstools and booths at dusk.

We have great educational assets, showcase cultural and entertainment facilities, pro sports teams—OK, we’d like to see a few more W’s, but they are in the big leagues—some of the most affordable housing you’ll find in any large American city and an overall cost of living that allows every worker’s dollar to go farther, top-shelf health-care delivery systems and professionals—the reasons for living, working, playing or doing business in Kansas City are numerous.

As a community, Kansas City has come a long way. And yes, it has a way to go—what city doesn’t? But wherever you are, if you’re going to be a part of such a journey, it’s nice to be in a city where the living is easy.

Just ask any of those newcomers.